Home Self Defense Top-five ARs Under $900 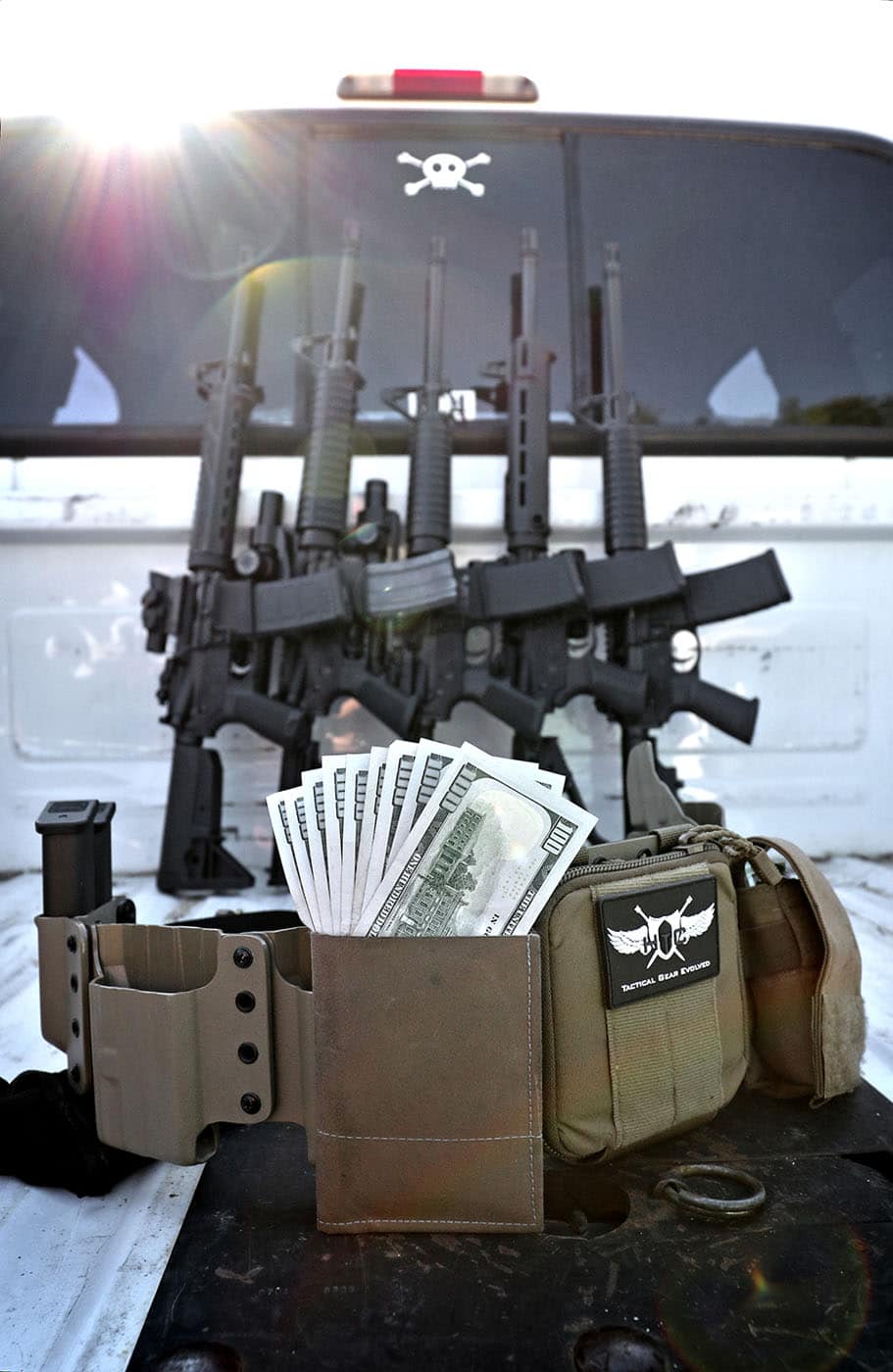 Don’t let your ramen noodle budget keep you from owning a quality AR-15. Here are our five top picks for rifles that might just leave some optic and accessory money to play with 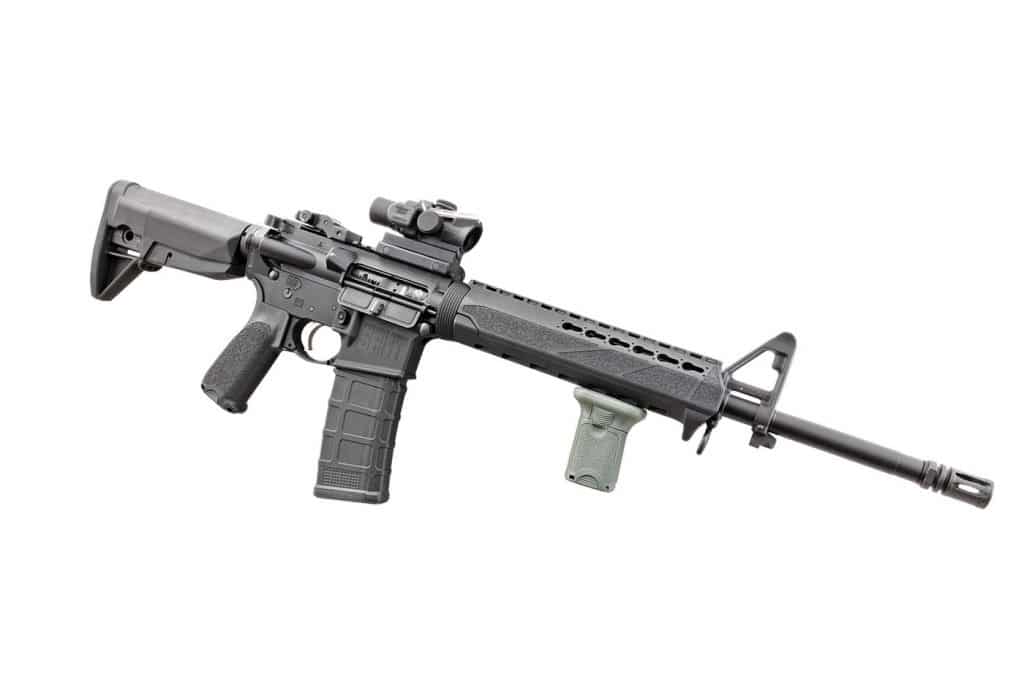 Despite its low sticker price, this is a top-quality AR with some novel features. The upper and lower receivers are machined from 7075 T6 aluminum, Type III hard-coat anodized in matte black. The flat-top upper sports a numbered, 13-slot Picatinny top rail and is fitted with a Mil-Spec charging handle. Sights consist of an elevation-adjustable A2 front, while a steel, flip-up, windage-adjustable sight with two apertures brings up the rear.

The lower has the usual Mil-Spec controls in their usual places, and incorporates an Accu-Tite Tension System that makes the two receiver halves fit tight and wobble free. The M16 bolt carrier group has a Carpenter 158 steel, bolt shot peened and magnetic particle inspected. Other features include a heavy tungsten buffer and Bravo Company BCM Gunfighter trigger guard. The lower is marked “multi-caliber,” suggesting that other AR-15 compatible chamberings may be in the works.

The single-stage, proprietary Springfield trigger and components are nickel boron coated to reduce friction and prevent corrosion. Following about 1/8” of take-up, it broke crisply at an average pull weight of 5 lbs. 10 oz.

The 16-inch chrome moly vanadium steel barrel is rifled at 1:8” twist rate to perform well with all bullet weights. Barrel profile is “medium heavy” with a 0.750” diameter gas block and mid length gas system. The barrel is Melonite finished, has M4 feed ramps and is tipped with an A2 flash hider.

The furniture is all Bravo Company. The 9-inch PKMR polymer handguard has no top rail, but does include three rows of six KeyMod slots, one each at the 1, 6 and 11 o’clock positions. The sides are nicely textured, with a hand stop molded into the front end. The Pistol grip is a BCM Gunfighter Mod 3 with interior storage. The BCM Gunfighter 6-position collapsible stock features a smooth check weld, thin rubber butt pad and two different types of ambi sling mounts, including QD swivel sockets.

Rock River Arms describes this basic LAR-15 as a  “clearance carbine” and a “limited time special,” but it’s been on their website for a while now with a price that seems to fluctuate. As of writing this, this price was set at $685, which—for the quality we’ve seen from Rock River Arms—is a screamin’ deal. It’s starting to look like a full-time offering, but just in case they decide to pull it you should act fast if you’re interested.

And you should be interested, because despite its low price, it is a Rock River Arms AR-15. We’ve been testing and using Rock River ARs for 15 years, and we’ve never found anything to complain about. Quality and performance have always been top shelf, and we don’t expect anything less with their “clearance carbine.” 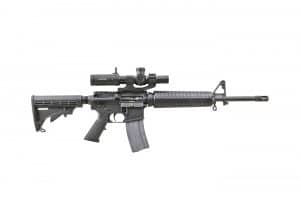 Built on standard forged LAR-15 upper and lower receivers machined from aerospace grade aluminum, the upper is an A4 flat-top with mid length gas system and a 16-inch Chrome Moly HBAR heavy barrel rifled at a twist rate of 1:9”. The muzzle is threaded 1/2” x 28 TPI and is fitted with an A2 birdcage flash hider. Its 5.56 NATO dimension chamber will also handle .223 Rem. without any issues. It is fitted with a Mil-Spec A2 front sight base/gas block with elevation adjustable post front sight. No rear sight is provided, but since it’s a flat-top upper you can easily install a flip-up rear sight if you want iron’s. If you want to mount an optic, the upper’s 13-slot Picatinny top rail will accommodate almost any optic you choose.