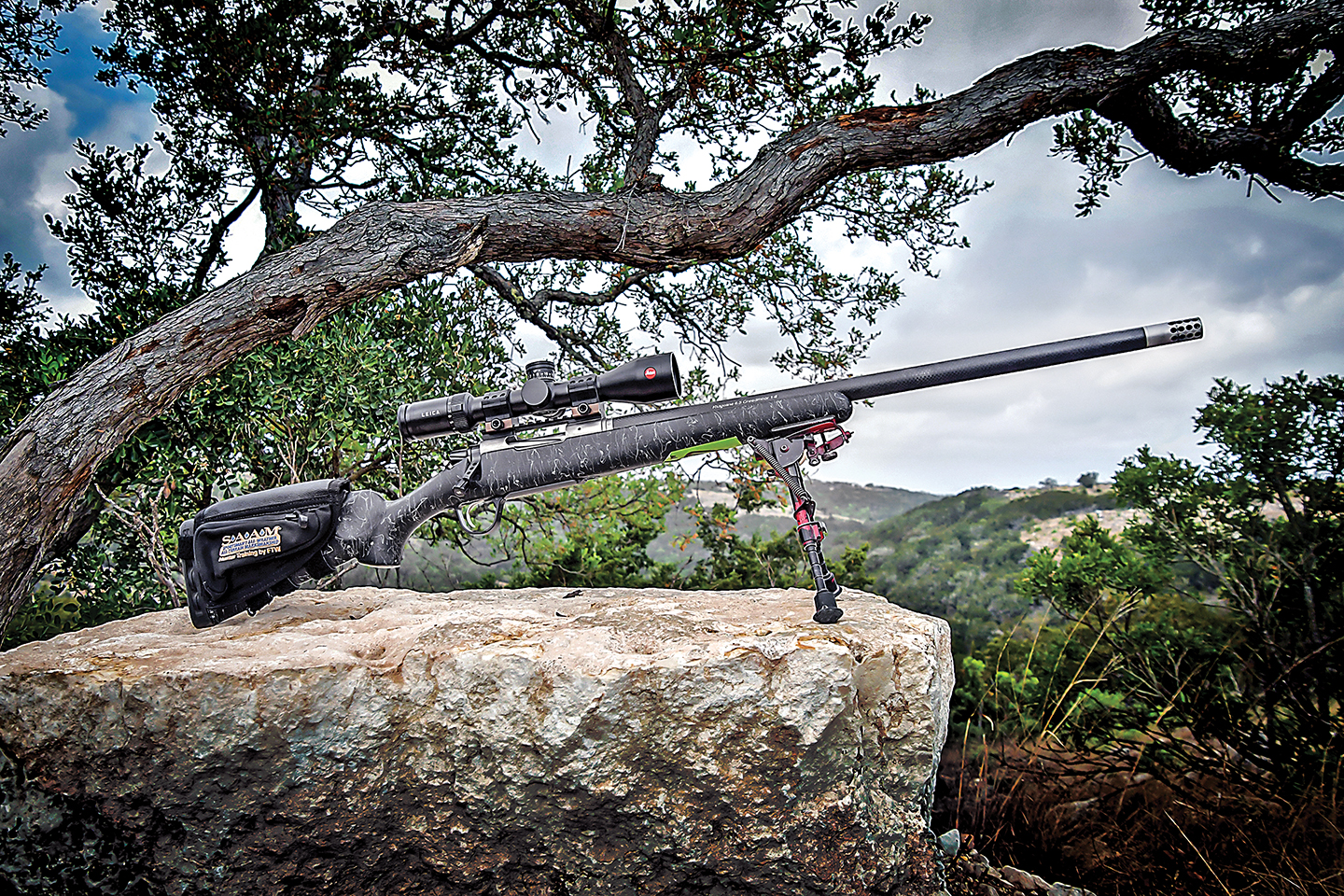 Helping Hunters Prepare for the Shot of a Lifetime

“A man’s got to know his limitations.” That phrase became famous long ago when spoken by Clint Eastwood in his popular Dirty Harry movies, but it also applies to hunters. In addition to being intimately familiar with the capabilities of your gun and scope, you must know your limitations in terms of the maximum range at which you can accurately place a bullet for a clean, ethical kill. Although most of us know that we shoot better from the bench or a prone position than from sitting, kneeling, or standing positions, relatively few hunters take the time to systematically discover just how far they can accurately shoot from less-than-optimal positions dictated by real-world conditions in the field.

I recently had a chance to discover some of my own limitations – and overcome them – at a Christensen Arms Quest event, which is a highly specialized, all-terrain marksmanship training class for hunters using the famous shooting facilities at the FTW Ranch in Texas. Our class, made up of mostly seasoned gun writers who were no slouches behind the trigger, benefited from instruction provided by former Navy SEALs Doug Prichard and Dave Knesek. Even this old dog learned some new tricks.

The first day began with classroom instruction covering some basics and the guns and scopes we would be using. We then checked zero on our rifles, verified the accuracy of the range cards we were using for our individually chosen Christensen Arms rifles, and engaged in multiple target drills at distances ranging from 250 yards to 500 yards and beyond. We then started stretching things out to 1,000 yards, 1,400 yards, and 1,500 yards, which was quite challenging because the wind was blowing 10-15 mph and varied considerably across the rugged terrain we were shooting over. The highlight for me was placing a bullet less than three inches from a small red bullseye on a three-foot target at 1,800 yards (40 yards beyond one mile).

The wind was still blowing hard on day two, which involved a lot of positional shooting training and creative use of bipods, packs, multiple shooting sticks, and other handy items to establish two solid points of contact before taking shots. The challenges became more complex, involving multiple targets at different distances under tight time constraints in order to duplicate making an effective follow-up shot on wounded game. We also shot two courses of fire involving life-size game animal targets, such as pronghorn, elk, and ibex, at various distances using natural terrain and improvised rests. Before we could attempt to place a bullet in the vital zone of each game target, we first had to hit a small red steel plate next to the target, reacquire the primary target and make a killing shot within 10 seconds. The life-size targets had a way of focusing my attention — these were the only two courses of fire where I shot perfect scores.

It takes a superbly accurate rifle and an excellent optic to do that, and I was equipped with both. At the start of the class, I surveyed the options on a rifle rack and quickly chose a Christensen Arms Ridgeline rifle with the longest barrel, figuring that would give me a slight velocity advantage. I was pleasantly surprised when I zeroed the rifle at the range using Hornady’s 6.5 Creedmoor 147-gr. ELD Match loads. The first shot was dead on, and the next three shots simply enlarged the hole made by the first. I didn’t measure the group, but it appeared to be less than a quarter of an inch.

I was equally impressed with the scope on the rifle, a Leica Amplus 3-18×44 model, which is a second-focal-plane scope with MOA adjustments like the vast majority of rifle scopes used in America for hunting. The scope had very nice glass and performed admirably. Elevation adjustments proved to be quite accurate at long range, and the scope always returned to zero without variation. It also held up to some fairly rough treatment over the course of two long days of shooting. Any misses on my part had nothing to do with the gun or scope and everything to do with doping with wind accurately – or not.

The Ridgeline rifle’s performance was all the more impressive when you consider that it’s a fairly light gun. Depending on the model, weight starts at 6.3 pounds (a titanium model weighs only 5.8 pounds). The Ridgeline is equipped with a “light target” contour carbon-fiber-wrapped, stainless barrel. My gun had a sporter carbon fiber/fiberglass composite stock, and the barrel was tipped with a removable radial stainless muzzle break that tamed recoil to the point where I could see most of my impacts through the scope.

The rifle’s accuracy was no accident, as Christensen knows a thing or two about building accurate guns. There’s a lot of truth in the old saying that a rifle is only as good as its barrel, and Christensen gets it right with their rifle barrels. The Ridgeline features a free-floated, button-rifled, hand-lapped barrel with a match-quality chamber mated to a Remington 700-footprint receiver. The gun has essentially the same barrel you’ll get on more expensive Christensen rifles. Both the action and barrel are manufactured in-house by Christensen to tight tolerances, and the carbon fiber wrap on the barrel is engineered to quickly draw heat away from the chamber and bore.

Other nice touches include an adjustable Trigger Tech trigger – the only component of the rifle that isn’t manufactured by Christensen – along with an improved bolt release, an enlarged ejection port, and billet aluminum bottom metal. The Ridgeline is offered in 19 chamberings ranging from 22-250 Rem. to the 300 Magnums. There’s even a version chambered in 450 Bushmaster. You can get the gun with receivers in a natural stainless finish or with a protective burnt bronze Cerakote finish. Christensen also makes left-handed models. Ridgeline rifles have MSRPs starting at $2,099.00, which is a bargain when you consider that’s about half the cost of some Christensen rifles. For more information on both the QEUST Event and the entire line of Christensen rifles, contact Christensen Arms; Tel.: (888) 517-8855; Web: www.christensenarms.com.