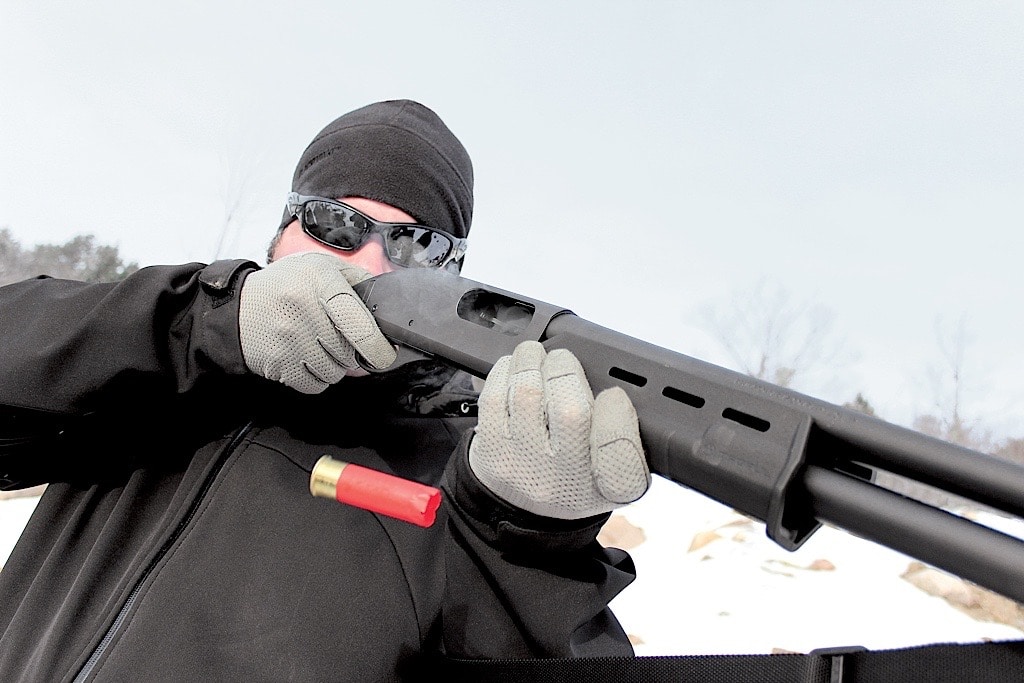 The tried-and-true Remington 870 pump gun is the most popular shotgun in the world. Introduced in 1949 as Remington’s answer to the Winchester Model 12, sales soared almost immediately, and sixty years later the ten millionth 870 was built. Today, six years after that seminal event, total 870 production is pushing 12 million.
The 870 has been produced in dozens of variants over the years—from trap and skeet models, to upland and waterfowl guns, to the all-black defensive versions that predominate among U. S. military and law enforcement users. With a record like that, there’s no question that the Remington 870 is a solid performer.
That record is also the reason why aftermarket shotgun accessory manufacturers always come out the gate with accessories for the 870. The most recent example of this phenomenon is Magpul Industries, best known for their outstanding line of AR accessories. With their recent introduction of defensive shotgun goodies, the first shotgun model to get the nod was—you guessed it—the 12-gauge Remington 870.
Magpul’s AR stuff is so good that we couldn’t wait to get our hands on their full line of 870 accessories. We chose seven Magpul 870 accessory items, all of which, by the way, are made in the U.S.A. Our build-up platform was a plain Jane 870 Tactical with an 18-inch cylinder bore barrel. 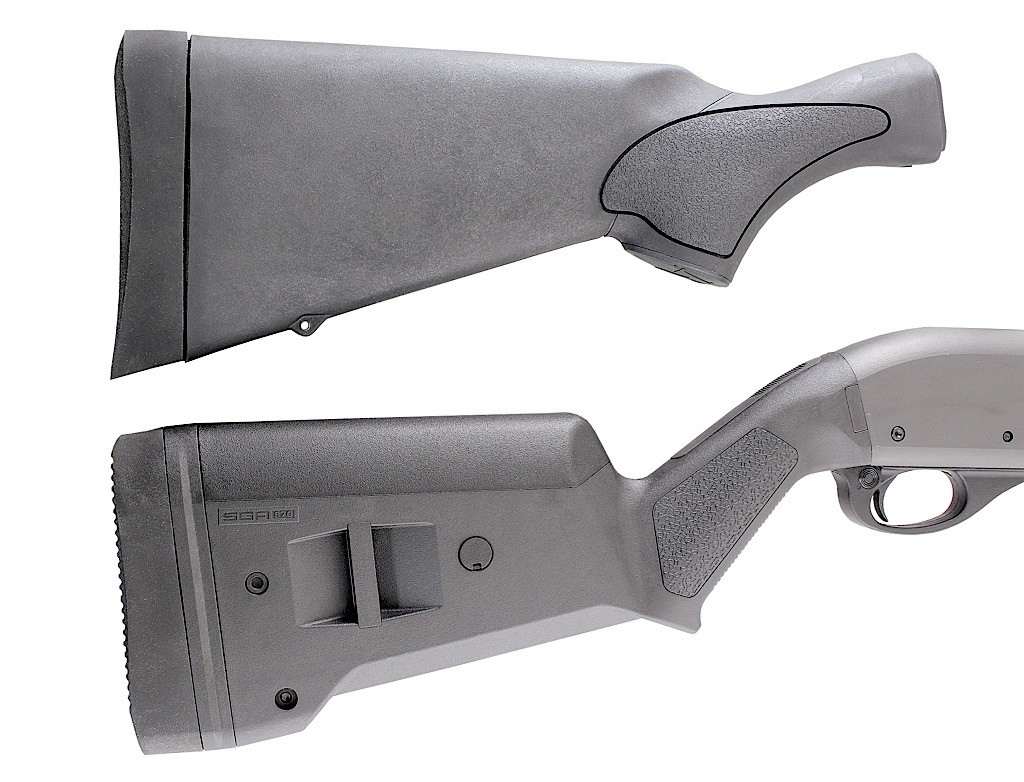 Magpul’s SGA Stock ($109.95) is a huge improvement over the factory standard buttstock. This ambidextrous, user-configurable design adds much appreciated adjustability in the form of spacers that can be added to the buttstock to increase length of pull, or removed to decrease it. Optional cheek riser kits ($15.95) permit dialing in the optimum comb height for any optic, and are offered in Low (.25″ and .50″) and High (.50″ and .75″). Other features include improved grip ergonomics, recoil-reducing soft-rubber butt pad, integral sling loops on both sides, and an ambidextrous receptacle for installing a QD sling swivel on either side using the optional Sling Mount Kit (see below). Both the stock and the cheek riser kits are available in black or flat dark earth.
During testing we found that the more vertical neck of the stock acts like a pistol grip, but without protruding four or five inches below the receiver. And the recoil-reducing butt pad was very effective at attenuating perceived recoil. 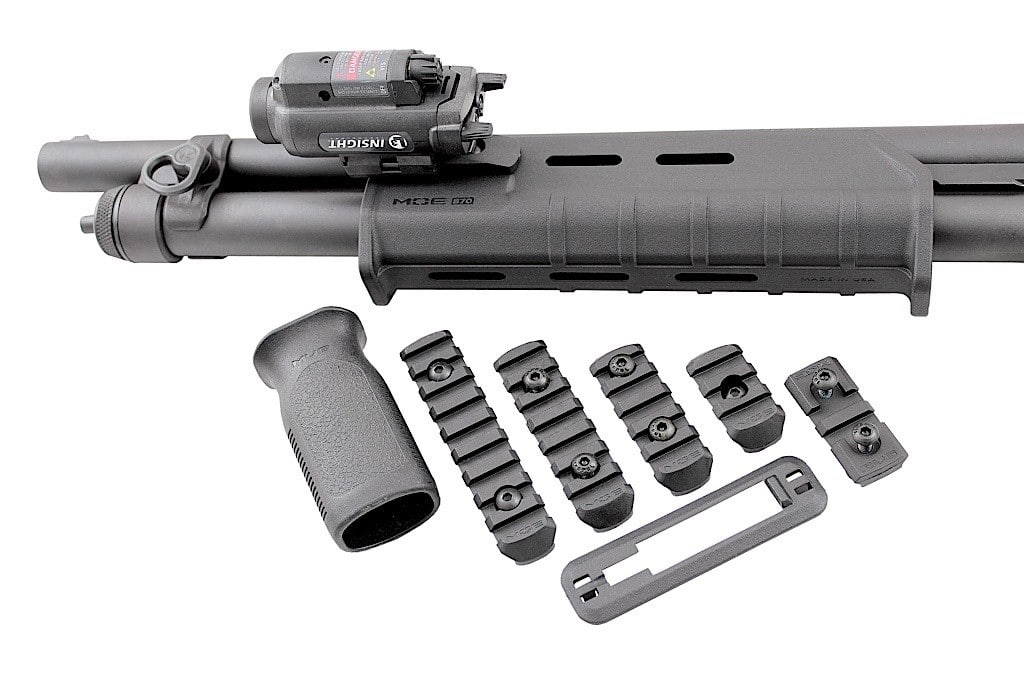 The Magpul MOE M-LOK Forend ($29.95) is a drop-in replacement for the standard 870 forend. It features extended length (8.0 inches) and pronounced front and rear hand stops for improved control. It has three M-LOK slots on each sides and the bottom that allow attachment of Magpul MOE M-LOK rail sections, vertical fore grips, mounts and rail-mount accessories. The MOE M-LOK Forend is available in black, flat dark earth, stealth gray and orange but is not compatible with the Remington 870 Super Mag.
We were impressed with the excellent grip traction provided by the forend’s five circumferential ribs, and found that its longer length gave plenty of room for the hand with rail sections and accessories mounted far forward.