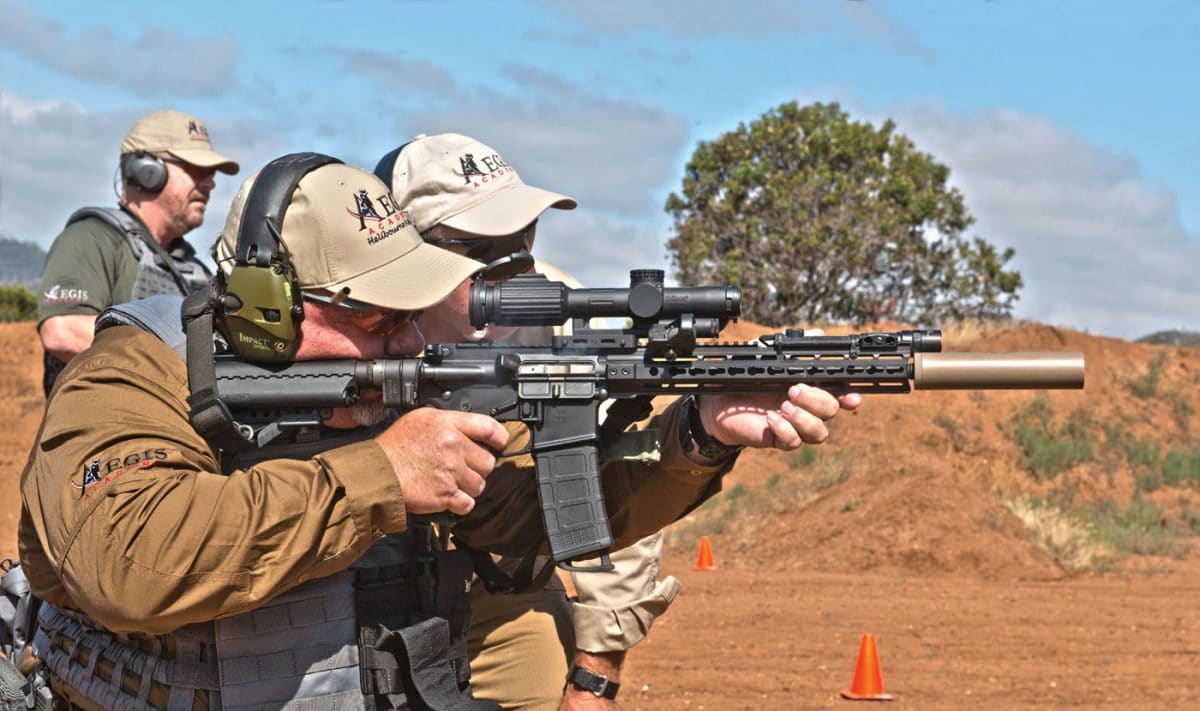 In three runs through the canyon the MK112 performed incredibly well. Wind was whipping up, making it very difficult for my pilot to stay steady, or get as close as was desired. Targets in the 50- to 75-yard range were struck with regularity, longer ranges not so much. A red-dot remains the best option here for sure. By the third run misses were less frequent. Either way, what a blast! Even with the brass catcher, the MK112 worked great, and the Gemtech suppressor was fantastic. Almost no recoil and no muzzle blast made it easy to stay on target, even in the shifting wind and an occasional abrupt change of position in the helo.

This was the third configuration with this rifle. Initially it was tested with no suppressor. It ran reliably with all the 110- to 125-gr. ammunition wide open using a standard carbine buffer and spring. Moving to the 147- and 149-gr. ammunition it was more finicky. PNW 147-gr. ran without a hitch, as did some of my hand loads. Neither the Gemtech nor the International Cartridge ammo would lock the bolt open on the last round consistently. Adding various suppressors, the 187-grain Gemtech, 220-gr. Remington and 208-gr. Hornady AMAX subsonics ran fine. With the GMT-300 suppressor attached, it was the most reliable over the broadest range of ammunition.

Overall the MK112 was very soft to shoot, accurate and reliable. Add the suppressor and it gets a bit long, but if you want to run without a can, and over a very broad range of ammunition, this 12.75” piston gun is an excellent choice.

Primary Weapons rifles lend themselves well to suppression. They run cooler, although there is a bit more gas in the action. This setup was about perfect. It stayed clean, ran cool and there was very little excess gas during hard use. If you want something just a bit longer then a pistol length barrel, the MK112 may be exactly what you need. For more information contact Primary Weapons Systems, Dept. OT; Tel.: (208) 344-5217; Web: www.primaryweapons.com