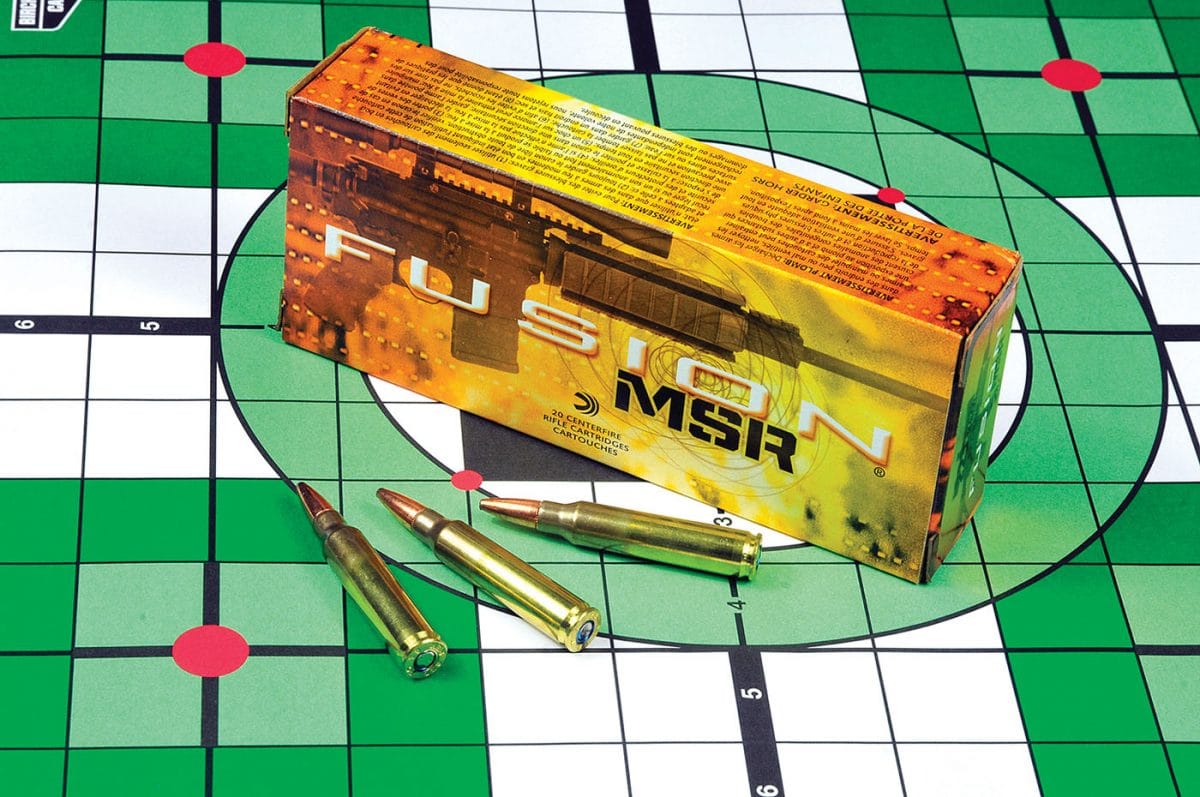 AR platform guns have been widely proclaimed to be “America’s rifle,” but the complexity of their design can sometimes cause issues, most notably with ammunition that individual rifles may not like. 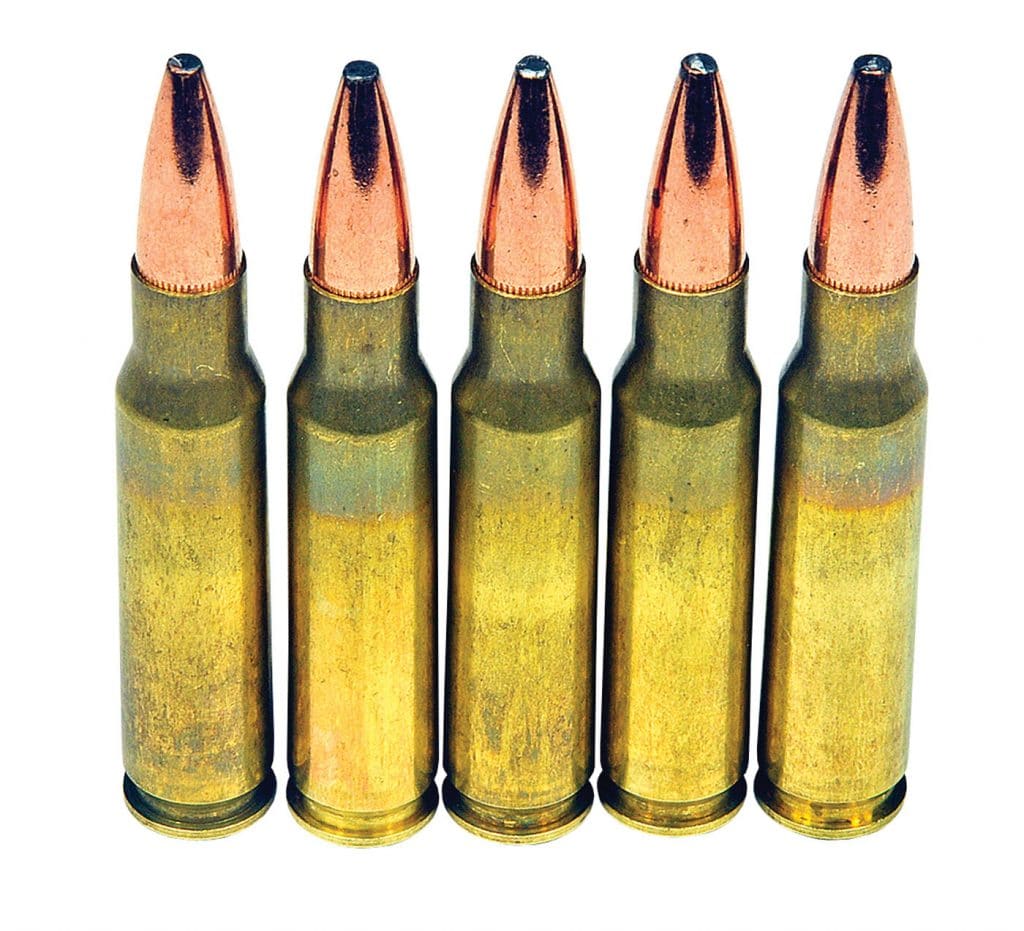 Federal ammunition has set out to minimize those problems with its new Fusion MSR (Modern Sporting Rifle) line of ammo. Standard Fusion ammo has been around for some time, and has earned a reputation for affordable accuracy and good performance on game with bullets consisting of a jacket that’s molecularly fused to a pressure-formed lead core.

The new ammo utilizes Federal’s Gold Medal GM205R primer, which is a little less sensitive than the standard 205 primer. This helps to reduce the potential, however slight, of slam fires with an AR’s free-floating firing pin.

The cartridge case used in MSR ammo has a harder head, and primers are staked to aid in primer retention. It is entirely possible for an AR to operate out of time, which can result in the case not being fully supported while still in the chamber. This can cause dropped primers, which can jam up your rifle in a hurry. Harder cases are also more resistant to deformation upon extraction and ejection, a plus for reloaders.

All Fusion MSR bullets are boat tail designs, for flatter trajectories, and have internal skiving to ensure expansion across a wide range of velocities. “The Fusion bullet will perform great at the velocities that we are getting in these loads,” says Daniel Compton, Federal Premium product specialist. “You will get a great balance of bullet expansion and weight retention to ensure plenty of terminal damage and penetration depth.”

“We were looking to get as much speed as we could out of shorter-barrel platforms with these loads,” says Compton. “All the powders in these loads feature flash suppressants as well, mainly catering to nighttime hog and varmint hunters.”

I haven’t shot anything other than paper with the Fusion MSR ammo yet, but those who have report excellent terminal results on deer and hogs, even with the .223 round. At the range, the ammo performed well. The .308 load produced average groups measuring under 1.5 inches at 100 yards, while the .223 load shot one-inch average groups with a half-inch best group. That level of accuracy out of short-barreled ARs will handily get the job done whether you’re hunting or defending the castle. There were no issues with feeding, extraction or ejection with either load.