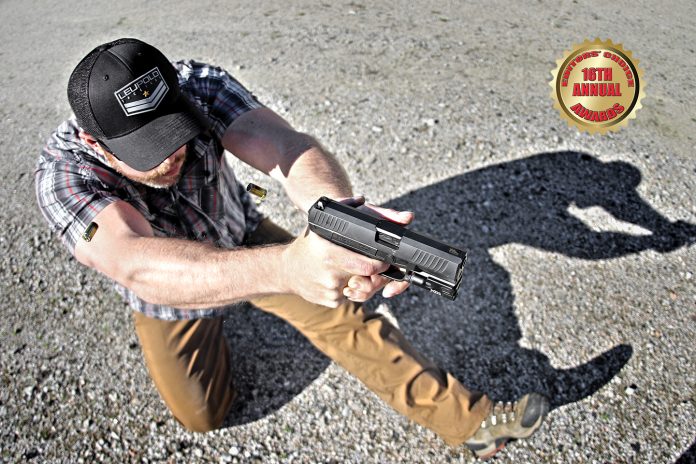 Can quality, reliability and precision be achieved at a $399 pricetag? You bet it can. 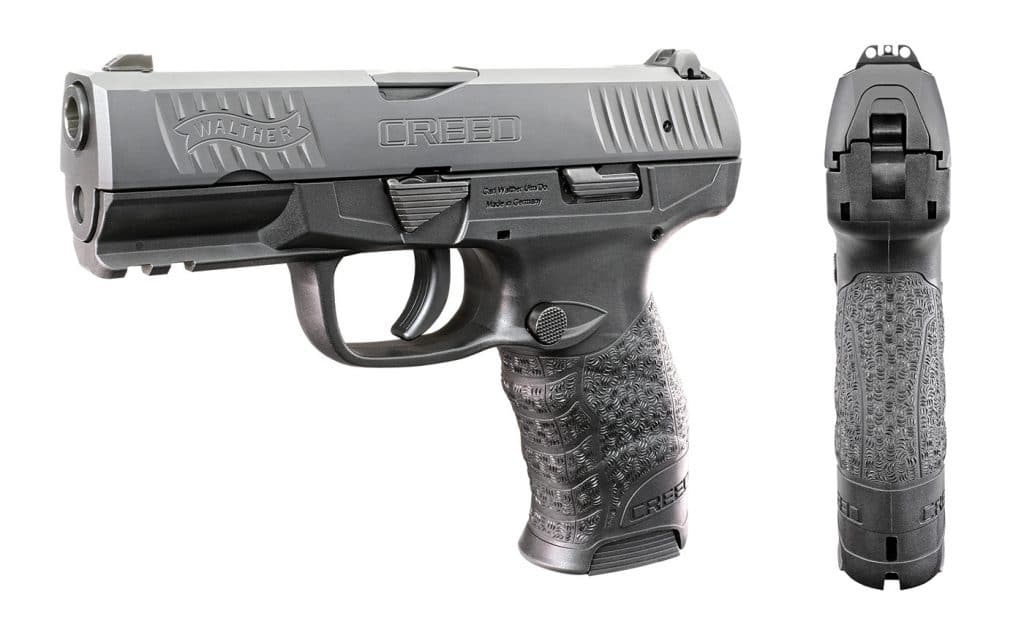 When the Austrian Army and police forces adopted a plastic service pistol designed by a no-name engineer with no previous firearms experience, the handgun world changed forever. Despite widely held skepticism that a polymer-framed pistol could endure the rigors of combat and duty use, Gaston Glock’s G17 was an instant success. Polymer-frame pistols are now the most commonly owned and carried handguns among American shooters, and as of the past few years, Glock has been dealt substantial competition from other excellent polymer-frame pistols—like the Smith & Wesson M&P, Sig Sauer P320 and Walther PPQ.

The new Walther Creed carries on that tradition, albeit at a sticker price about $150 below that of the least expensive G17. The Creed is a full-size 9mm pistol, with a 4.0” barrel and a capacity of 16+1 rounds. Dimensions  are 7.3” L x 1.3” W x 5.6” H. Empty weight with magazine installed is 27.0 oz. All of which makes the Creed a tiny bit heavier, wider, and taller than the G17, but slightly shorter and carrying one less round of ammunition—differences that would go completely unnoticed by most shooters.

The main functional difference between the Creed and the G17 are the two very different trigger systems. The G17 has a striker firing system with a safety blade integral with trigger. The Creed, on the other hand, features a pre-cocked, double-action-only trigger system with a long, light pull and a bobbed hammer reminiscent of the old Para LDA (Light Double Action), which remains one of my all-time favorite-feeling pistol triggers. The Creed’s trigger works a bit differently, but the result is the same. When squeezed, the Creed’s trigger moves rearward about 1/2-inch at a pull weigh of about two pounds, where it hits a hard wall. During the trigger stroke, the bob-tailed hammer is also visibly cocking, and is fully cocked when the trigger hits the hard wall. At that point, with the application of another three or four pounds of pull weight, the trigger breaks crisply, the hammer falls and the fat lady sings. The trigger stroke is consistent from first shot to last. All in all, it’s an excellent trigger system that will ensure the Creed is quick and easy to learn to shoot well.

Among the few controls is an extended slide release lever mounted on the left side of the frame. It’s large enough, and smartly placed, so that you can actually depress it with your right thumb to release the slide without breaking your firing grip. The only other controls are the trigger, a triangular-shaped take-down lever and a large, round, reversible magazine release button which, if your thumb is sufficiently long, can also be depressed without breaking your firing grip. The Creed comes with two, 16-round (10-round available), blued-steel magazines with polymer base plates that drop free of the magwell.