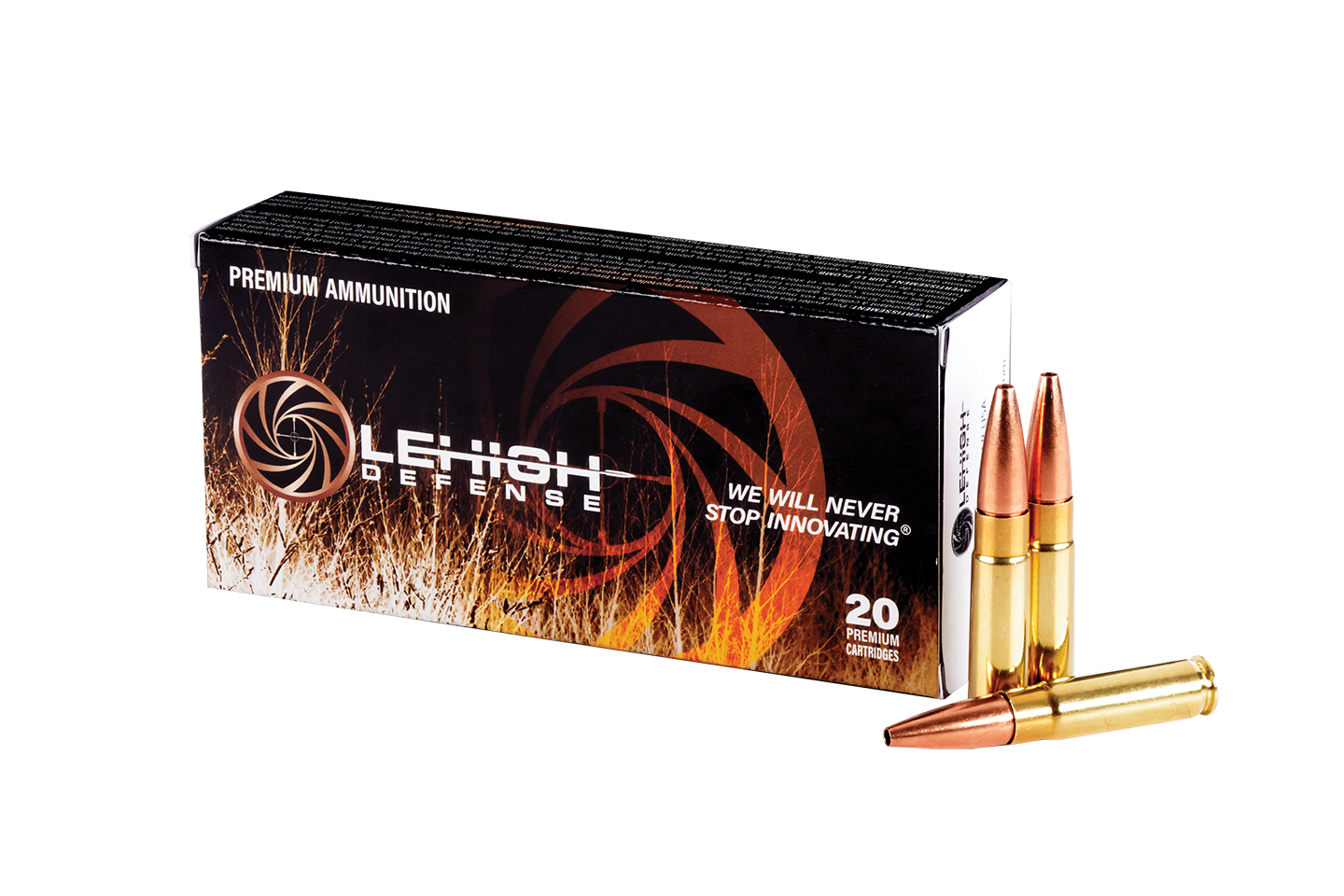 Hot off the press earlier this year was the news that Wilson Combat acquired the state-of-the-art ammunition designer and manufacturer Lehigh Defense. Lehigh has been a powerhouse that has chosen to live in the shadows, given its list of customers who do the same. While divisions within Wilson Combat do the same, some of Lehigh’s products are about to receive a marketing bump — which is a good thing for the rest of us.

The company’s 115-grain CC (Controlled Chaos) 300BLK load is one such round. Controlled Chaos bullets are known for their ability to offer both rapid expansion and deep penetration. Once fluid is impacted, they shed the front portion of the bullet into multiple petals that radiate outward away from the bullet’s initial trajectory path, resulting in a massive energy spike. The bore diameter base of the bullet continues and penetrates deeply in a straight line. Both the temporary and permanent wound cavity created by this bullet separation is dramatic, resulting in quick incapacitation — whether you’re talking game animals or otherwise. Controlled Chaos rounds are also available in .223 Remington, .308 Winchester, and 300 HAM’R. For more information, contact Wilson Combat; Tel.: (870) 545-3618; Web: www.wilsoncombat.com